Ashland Zen Center began in 1992 when Harold Little and Patty Krahl moved to the Rogue Valley of Southern Oregon. They set up a few meditation cushions in their living room and soon a small group of people were joining them every week to learn how to sit zazen.

By the following year the group had grown in numbers and were invited to practice at a larger space, the Siskiyou Aikikai Dojo. Beginning to feel like a community, the nascent sangha adopted the name Siskiyou Sansui Sangha. The name of a mountain range in our region, Siskiyou, is an Indian word for moving mountains; sansui is Japanese for mountains and waters; and sangha means a Buddhist community. Our name comes from the environment in which we live and practice, and expresses simply what we are. This temple name eventually changed to Siskiyou Sansui Do when we settled into a rental.

By the spring of 1999 the sangha’s commitment to offering Zen practice to the greater Rogue Valley led us to our first dedicated facility, leased at 246 Fourth Street, and to our incorporation in the state of Oregon as a 501(c)(3) non-profit organization. At that time our common name became Ashland Zen Center.

At Fourth Street we were able to expand our practice opportunities, set up a founders’ altar, begin a library, and operate with a full kitchen and our own garden. We practiced at Fourth Street for six and a half years. True to the sangha’s intention, having a high-profile presence in the community allowed many people to get a taste of Zen practice.

During that time our sangha overflowed the small house, leading us to consider the need for a permanent Zen Center in Ashland. As a group we decided that was what we wanted. We conducted a fund drive in order to purchase and create our own center, and in 2003 we bought three-quarters of an acre on Tolman Creek Road that had an old barn, cottage, farmhouse and 80-foot tall Grandfather Cottonwood tree on it.

In 2005 we completed a remodel on the farmhouse (zendo) and barn (sangha room) and moved to 740 Tolman Creek Road. Practice expanded again to include activities in a memorial garden, vegetable garden, altar flower cutting garden, berry orchard and fruit orchard. We remodeled the cottage as a rental and it became a refuge for people seeking sanctuary and an income stream to support Zen practice.

In 2014 we bought the property next to the Zen Center and spent the next three years clearing the land and designing and building a new residence hall. The new building included four apartments, a community dining hall, community kitchen, and a dormatory.

Keido Roshi was ordained by Suzuki Roshi in 1971 and officially recognized as a successor in the lineage of Shunryu Suzuki in 1986.﻿ Keido is the abbot of Kannon Do Zen Meditation Center. 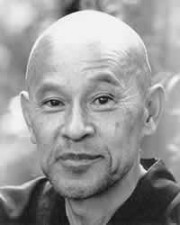 Ashland Zen Center is an affiliate center of Branching Streams, a network of dharma centers in the lineage of Suzuki Roshi.

These sister sanghas are affiliated with the stream flowing through Keido Roshi:

May all beings live in safety and be free from suffering.